Just like in WWI, St. Louis was heavily involved in the war effort of World War II. St. Louis men and women voluntarily joined all branches of the military to serve their country in fighting for freedom. Many of St. Louis' industries produced supplies, armaments and aircraft for the war. 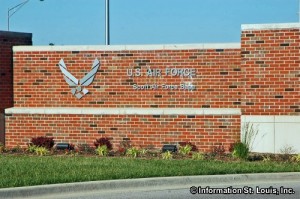 During WWII, Scott Air Force Base, then named Scott Field, was still training pilots. That training now included advanced skills such as instrument and night flying, navigation, and photography. As a training installation, the primary mission of Scott was to train skilled radio operators and maintainers. The Radio School had a slogan that their radio operators were "The best damned radio operators in the world" and were often referred to as the "Eyes and Ears of the Army Air Forces." The Radio School students were also able to receive actual flight condition practice up in planes. By the end of World War II, Scott's Radio School had graduated 77,370 radio operator/mechanics and those graduates had flown in every kind of aircraft and had operated command and control communications in every Theater of the War.

St. Louis' industry became aviation oriented during World War II, with three aircraft companies, Curtiss-Wright, Robertson, and the McDonnell Aircraft Company, producing over 3,000 airplanes for the military. Lambert Field served as the manufacturing base for those companies. Lambert Field was also home to the Naval Air Station St. Louis from 1925 to 1958 as a reserve base and recruitment facility. During WWII it became an active Naval Air base training large numbers of pilots for the war effort.

St. Louis was the location of the world's largest production plant for .30-caliber and .50-caliber ammunition for rifles and machine guns. The St. Louis Ordnance Plant was located on Goodfellow Boulevard along Interstate 70 and began production on December 16, 1941, just 9 days after Japan attacked Pearl Harbor. During World War II, the plant was in operation 24 hours a day, 7 days a week with a workforce that was half women. At peak production in the summer of 1943, 35,000 people worked at the plant at producing 250 million cartridges a month. The plant converted to Howitzer shell production for the Korean and Vietnam Wars. In 1989 arms production was stopped and the buildings were abandoned. The main plant was demolished in February 2006. 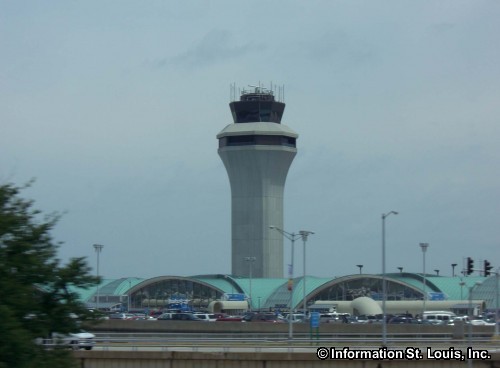 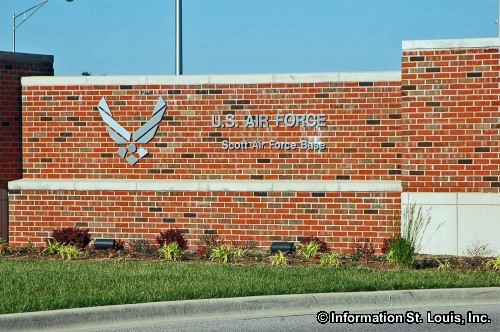 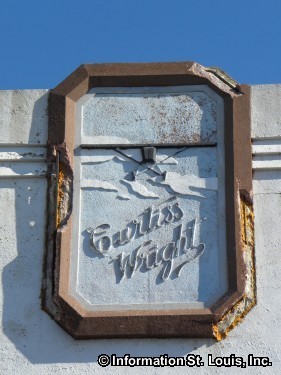