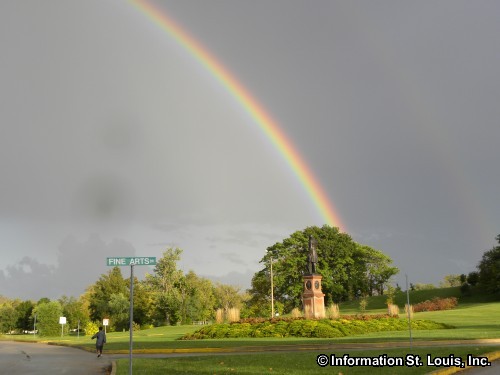 There is an old saying about the weather in St. Louis: "If you don't like the weather, wait 24 hours." It is very typical in any given week to experience diverse weather conditions within a 24 hour period. An example of this would be reaching 70 degrees on one January day and on the very next day, after experiencing a 40 degree temperature drop, have 4-6 inches of snow on the ground, all preceded by a thunderstorm! Part of the reason for this is that there are no mountain ranges or large bodies of water to impede, direct or even moderate any weather that is coming towards St. Louis. Meteorologists will acknowledge that St. Louis weather is one of the most difficult to accurately predict! 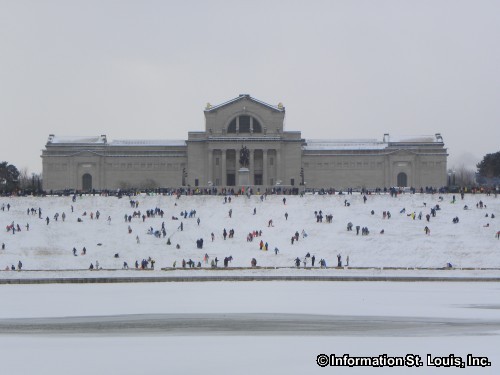 St. Louis does have all four distinct seasons ( and sometimes all occurring in one week - refer to the "24 Hour Rule!) with only a week or two at a time of extreme cold in the winter or extreme heat in the summer. The coldest winter months are January and February with average high temperatures in the 30's and 40's and average lows in the 20's. Cold Canadian Arctic air blasts down with Arctic Clippers throughout the winter, bringing plunging temperatures and small bursts of snow. It is well known though, that the snow storms coming out of the southwest, bring the heaviest snowfall for St. Louis. Average annual snowfall for the entire winter is about 22 inches. Snow cover usually does not last but a few days at a time. St. Louis has an excellent snow removal system to clear roads, usually within hours of the storm, but most school districts have 2-3 days of "snow days" built into their calendars. A typical January will experience what is called the "January Thaw" that is several days with above normal temperatures. 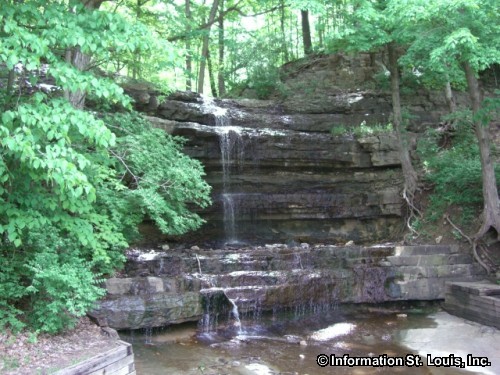 The hottest summer months are July and August with average high temperatures in the upper 80's and low 90's with lows in the upper 60's. St. Louis is known for its high humidity in the summer. Warm humid tropical air from the Gulf of Mexico is pumped into the region all summer long, reinforcing the heat. Most summers experience a period of several days when the high temperatures, combined with the high humidity, cause the heat indexes to reach well over 100 degrees. But within the same summer, St. Louis can have temperatures in the very pleasant 80's, sometimes for an extended period of time! With that said, St. Louis has also been known to have years with its share of extreme summer heat that comes and gets stuck over the mid section of the nation in what is called the "Dome of Summer". 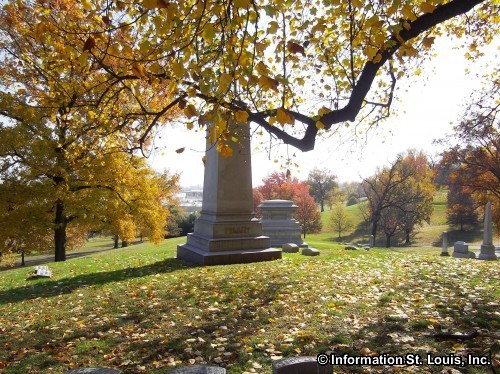 Autumn and Spring in St. Louis, are transitional seasons, with wide swings of temperatures and weather happening in those months. Spring is the wettest season for the region, with an average rainfall total of almost 11 inches. Often the storms in the Spring are severe thunderstorms, some of which produce hail, damaging winds, flash flooding and tornadoes. The St. Louis region has a system of "Early Warning" sirens to notify residents of potentially dangerous conditions. March is usually the transition month for St. Louis, with the "24 hour" rule sometimes playing out almost daily. Winter has been known to make itself felt even into April. Frequent warnings are given about resisting the urge to plant spring flowers until after April 15th because of the potential of below freezing temperatures before that date. Autumn is welcomed in St. Louis as cooler days and nights replace the "Dog Days of Summer" that occur in August. Autumn is usually the longer of the two transitional seasons, sometimes lasting well into December. In some years, the leaves have still been on the trees when the first snowfall has occurred. The "24 hour" weather rule also applies during a St. Louis Fall, but we do have many days of true fall weather, those crisp Autumn days when a sweater is needed and the fall leaves look stunning against the backdrop of a deep blue Autumn sky.

St. Louis is the place to be for weather enthusiasts. Rarely will one become tired of the day to day conditions. Remember, if you don't like what is happening weather-wise today, it is almost guaranteed to change tomorrow. Yes, its that "24 Hour Rule" again!