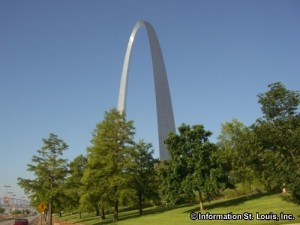 People from all over the world visit St. Louis each year to enjoy the many attractions that St. Louis has to offer. When it comes to St. Louis, the first thing that many people think about is the Gateway Arch. Visiting the Gateway Arch is truly a unique experience. But if that's all you do when you're in St. Louis, you've missed so many more that are in the area. St. Louis has attractions for people who are interested in history and for those who are interested in science. St. Louis has a number of attractions that are designed for the whole family. When you are visiting St Louis, especially over a holiday weekend, you need to make sure you check out what events are happening. Some of the major St. Louis attractions are the events that take place here, and there is always something going on! Some of the major event times are Mardi Gras, St. Patrick's Day, Memorial Day weekend, Independence Day, and Labor Day weekend. 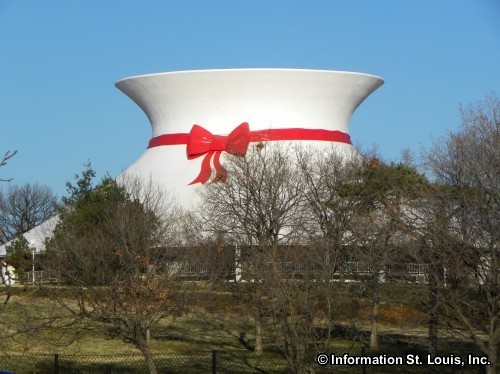 The best known of all the attractions in St. Louis is easily the Gateway Arch. The Gateway Arch is one of the most recognizable structures in the world. Even if you have never been to St. Louis, when you see the Arch in an advertisement you will recognize that it is St. Louis. Another favorite is the St. Louis Zoo which is located in Forest Park. The St. Louis Zoo is one of the best zoos in the country with over 11,000 animals and many natural habitat exhibits and best of all, it is free! Also located in the Forest Park area is the St. Louis Science Center and the St. Louis Planetarium. These two venues are actually attached by an enclosed walkover bridge that crosses Interstate 64. Oh and by the way, Forest Park is itself an attraction as it was the location of the 1904 World's Fair. When you are in Forest Park make sure you plan to visit the St Louis Art Museum. Originally built during the 1904 World's Fair as the Palace of the Fine Arts, it was the only major structure of the fair that was built as a permanent structure and became the St. Louis Art Museum in 1906. Presently, the museum holds over 30,000 pieces of art from almost every time period and culture. 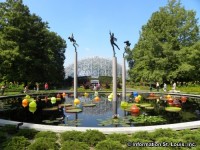 Another favorite and a national landmark is the Missouri Botanical Gardens located in South St Louis. The Missouri Botanical Gardens were founded in 1859 by Henry Shaw, a successful St. Louis businessman, who was inspired by the gardens of his home country, England. Over Labor Day weekend the Gardens hold the Japanese Festival. A St. Louis downtown attraction that is a major favorite of both locals and visitors is the City Museum. Art, science, history and fun are woven together in this one-of-a-kind downtown attraction. If you decide to explore the Enchanted Forest and Caves (which is really cool), you won't want to be wearing good clothes. All we can say is, you will have to come and see it for yourself! During the summer season, many people like to visit Six Flags-St Louis which is located in Eureka Missouri off Interstate 44. 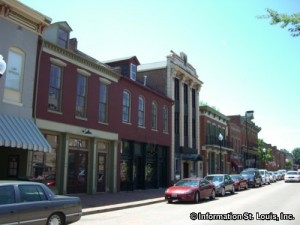 Are you interested in history? St. Louis has an interesting historical past. In one 24 hour period, St. Louis was a Spanish Territory, a French Territory, and then a territory of the United States. More on the history of St. Louis  Here are just a few of the historical places you might want to explore in St Louis. Laclede's Landing was first established as a trading post in 1764 by the French fur trapper Pierre Laclede. Soulard, a neighborhood in the St. Louis Historic District and on the National Register of Historic Places, is well known for its festive and sometimes rowdy Mardi Gras celebrations and Soulard Farmers Market, established in 1830 by Julia Souldard. The Old Courthouse, a St. Louis Landmark, is located in downtown St. Louis on land that was donated by Auguste Chouteau and Judge John B. Lucas to the city under the stipulation that it would forever be used for a courthouse. Missouri's First State Capital can be found on Main Street in Historic St. Charles. Today, tourist can visit the First State Capital or walk up and down cobblestone Main Street and visit shops and restaurants that reside within the renovated historic buildings, some dating back to the late 1700s and early 1800s.

The "East side" as the neighborhing communities in Illinois are sometimes referred to, is also rich in history. Cahokia Mounds is the site of the largest prehistoric Indian city north of Mexico. Cahokia Mounds is the remnants of the Mississippians' central city-now known as Cahokia-named for the Indians who lived nearby in the late 1600s. Alton, Illinois has been the location of many historic events in the history of the United States. One such event was the final Lincoln and Douglas Debate during the race for one of the two Illinois United States senate seats in 1858. Alton's history also has ties to the Abolitionist movement and the Underground Railroad.

St. Louis professional sports teams are very popular. We may be partial here in St. Louis, but we definitely think we are the best baseball town in America. St. Louis Cardinals opening day is almost like a holiday. But don't think we don't love our St. Louis Blues hockey as well. We also have a baseball minor league team, the Gateway Grizzlies who play in Sauget, Illinois.