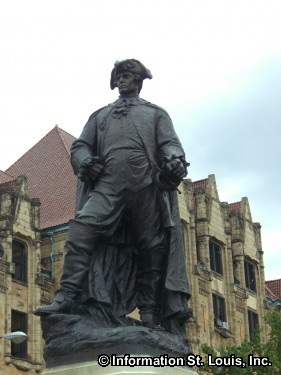 The founder of St Louis, Pierre Laclede, a Frenchman, came up the Mississippi River from New Orleans in 1763 to set up a trading post for the Louisiana Fur Company. He chose a site that was twelve miles south of the confluence of the Missouri and Mississippi Rivers, along the west bank of Mississippi River, in the French held Louisiana Territory. Having arrived in November, he was given permission to store his supplies over the winter at Fort de Chartres, a French fortification located on the east bank of the Mississippi, in the French held territory called the Illinois Country, near the present day town of Prairie du Rocher.

By 1764, Laclede's trading post had grown to a small village. Laclede named the village St. Louis, after King Louis IX of France. He began to lay out the streets in a gridiron pattern, much like other French colonial cities, and also set aside one block for a church to be built. This block, dedicated in 1770, is the location of "the Basilica of St. Louis, King of France," built in 1834 and better known as the "Old Cathedral" located downtown on what is now the Jefferson National Expansion Memorial grounds which includes the Gateway Arch, the Old Courthouse and the Westward Expansion Museum. The Old Cathedral is all that is left of the original city plat laid out by Laclede. A historical section of the present day St. Louis Riverfront in downtown is named Laclede's Landing in honor of Pierre Laclede. The Landing represents what the original grid of the city once looked like.

When Laclede came up the Mississippi River, he had brought with him his 13 year old "stepson", Auguste Chouteau, whose mother, Marie Chouteau, was Laclede's common law wife. Laclede and Marie Chouteau could never marry because the Catholic church would not grant her a divorce from her husband, Rene Chouteau, who had abandoned her. In 1778, Pierre Laclede died during a return trip up the Mississippi River to St. Louis from New Orleans. It is believed that he was buried in an unmarked grave at the mouth of the Arkansas River.

Marie and Pierre had four children who were baptized into the Catholic church as "Chouteau". Marie's son, Auguste Chouteau, took over Laclede's business dealings and married the daughter of Gabriel Cerre, a wealthy business man. Laclede's daughter, Victoire Chouteau, married Charles Gratiot, another wealthy merchant of St. Louis. Laclede's son, Pierre Chouteau, was a prosperous fur trader with the support of the Spanish authorities. All together, the Chouteau family became a very important financial power in the young city of St. Louis. 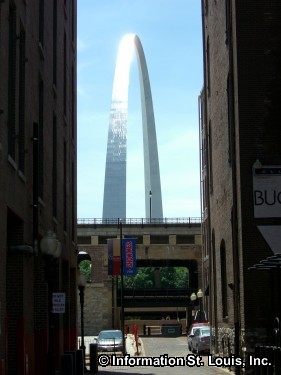 View of the Arch from Laclede's Landing 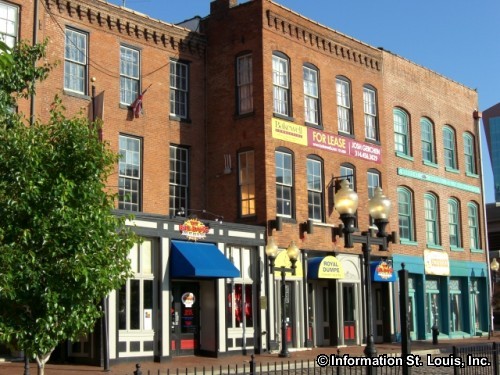 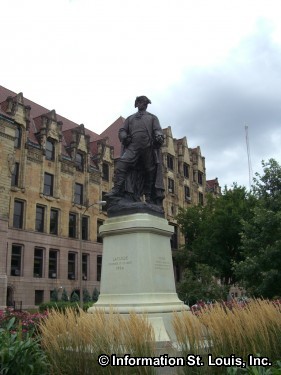 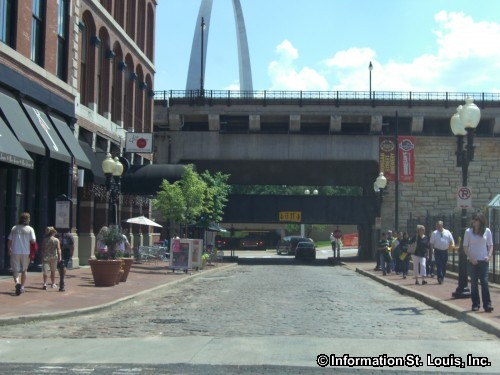 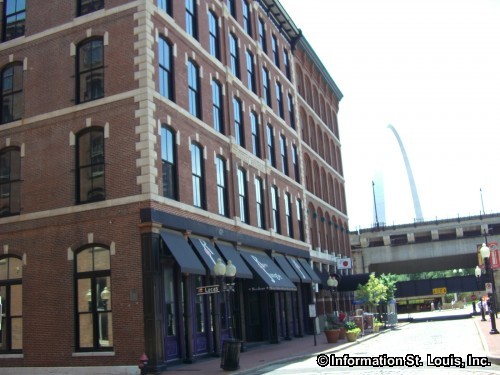