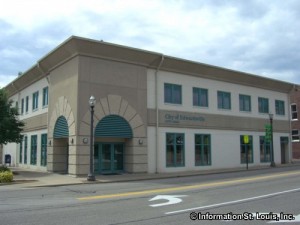 The City of Edwardsville Illinois is located in Madison County, about 35 minutes from Downtown St. Louis. Important roads for the city are the State Highways that run through the city such as 157, 159, and 143 and the many neighborhood streets that surround these routes. The population of Edwardsville was recorded in 2010 as having 24,293 residents, an increase of about 2,000 residents from 2000. Edwardsville is the location of the county seat for Madison County.

There are many recreational options located in the community. Four golf courses are located within minutes of each other. Sunset Hills Country Club is a private club, but the American Legion Golf Course, the Fox Creek Golf Course and the Oak Brook Golf Club are all public courses. The campus of SIU-E features a 9-hole Disc Golf Course. The city has 15 parks that it maintains with the largest being the Watershed Nature Center with more than 40 acres of park land and the smallest being Hotz Park with only two-tenths of an acre of park land. The park system features trails, playgrounds, sand volleyball courts, fishing lakes, athetic fields for baseball and softball, basketball courts, picnic facilities and pavilions, natural wildlife areas, gazebos and bandstands.

Edwardsville is the third oldest city of the state of Illinois. The first settlement of the area was in 1805 and was founded by Thomas Kirkpatrick. He named the growing settlement "Edwardsville" in 1813 in honor of Ninian Edwards, who was then the territorial governor of the area and later became Illinois' third governor. The City of Edwardsville was incorporated in 1872.

Many historic landmarks exist in Edwardsville today. Benjamin Stephenson, Colonel in the War of 1812 and considered to be influencial in founding Edwardsville, built a brick, Federal architectural styled 2-story home in 1820. The home has been restored and is considered to be the oldest brick building in Madison County. The entire Leclaire Village, another historic landmark in Edwardsville, is on the National Register of Historic Places with most of its original structures still present. The Leclaire Academy is one of those structures, built in the 1890's as the school for the children of the factory workers living in Leclaire. Another historic building is the Hadley House, now the central office of the Edwardsville School District #7, and was built in 1875. And there are many more!

Archaeologist from SIU-E are trying to determine the exact location of another important historic site. Fort Russell, a log stockade, was built northwest of Edwardsville and was very important in defending the area during the War of 1812. The Telegraph reported on May 1, 2011 that by using enhanced aerial photography, the archaeologist think they might have found what could be a possible site of the fort along Cahokia Creek.

Do you have a photo for Edwardsville Illinois? Send it to us! Submit Your Photo