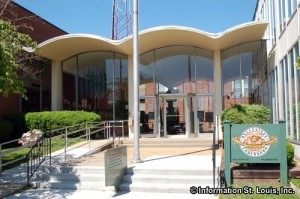 Belleville Illinois is located in St Clair County about 30 minutes Southeast from Downtown St Louis. The population of Belleville, according to the 2010 US Census was 44,478 residents. Major thoroughfares that are important to Belleville are the North Belt West, Highways 15, 13, 157, 159 and 161. The MetroLink runs through Belleville and nearby Swansea and has several stations convenient to the residents of Belleville. Interstate 64 is easily accessible to Belleville via Highway 159.

Belleville was incorporated first as a village in 1819 and was then incorporated as a city by 1850. George Blair, a resident of Belleville, donated a total of 26 acres for the Town Square and for new the St Clair County Seat, which was then moved from Cahokia to Belleville. He was the person who in 1814 named the city "Belleville" which is French for "Beautiful City".

Belleville Illinois has many local attractions. A family favorite is the Eckert's Country Store and Farms where "pick your own" crops such as apples, strawberries, peaches and pumpkins are available when in season. The National Shrine of Our Lady of the Snows is located in Belleville as well as the beautiful Cathedral of St Peter which is the location of the Roman Catholic Diocese of Belleville. Several museums portray the history of the area. The Emma Kunz House, the Gustave Koerner House Museum and the Victorian House Museum are three museums that are run and maintained by the St Clair County Historical Society. The Labor & Industry Museum is also located in Belleville.

Recreation and entertainment opportunities are plentiful in Belleville. Several city parks such as Bellevue Park and Citizens Park have athletic fields, swimming pools, picnic facilities and lakes for fishing. St Clair Country Club features a private 18 hole golf course, club pool and clubhouse. There is also a YMCA branch located in Belleville and the Whitey Herzog Baseball Field. The historic Lincoln Theatre opened in 1921 and has been lovingly restored and plays first run Hollywood movies as well as hosting special events and features a 1927 restored pipe organ. Belleville is fortunate to have the Skyview Drive-In, which is one of the few remaining "drive-in" theaters in the Metro area that is still in operation.

Do you have a photo for Belleville Illinois? Send it to us! Submit Your Photo