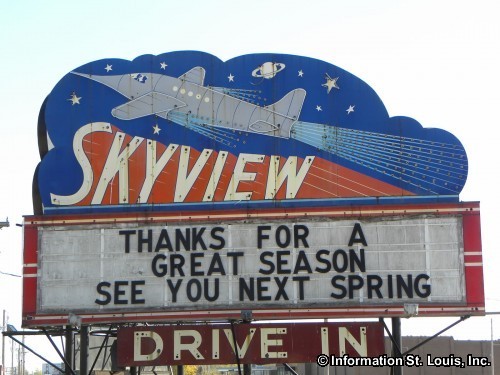 
Skyview Drive-In Theatre is located on North Belt West, between West Main Street and South 59th Street. It has been in Belleville since it opened on July 8, 1949. Skyview is a seasonal theater and is open from late March or early April until October or early November. At the start of the season, they are open on weekends only, Friday, Saturday and Sunday nights, until mid-May. After mid-May, they are open seven nights a week until mid to late August when they then go back to the weekends only schedule until the end of the season.

Do you have a photo for Skyview Drive-In Theatre? Send it to us! Submit Your Photo