The St. Louis Public School District serves the residents of The Ville Neighborhood. Sumner High School is the only district school that is in The Ville, but other schools are located closeby in the surrounding neighborhoods. Those schools include the Cote Brilliante Elementary School and Hickey Elementary School, both on Cora Avenue; and Farragut Elementary School on Sullivan Avenue in The Greater Ville, as well a private school, the De La Salle Middle School is a Catholic school found on Kennerly Avenue. Also located nearby in the Lewis Place Neighborhood is Ranken Technical College, a 2 year technical and vocational college that was founded in 1907 by David Rankin Jr.

The St. Louis City Park system has one of its 111 parks located in The Ville, Tandy Park, located at Kennerly and Pendleton. Tandy Park is a 5-acre park that includes amenities such as the Tandy Community Center with an indoor swimming pool; a playground, a skating rink, athletic fields for baseball and softball; and basketball and tennis courts. 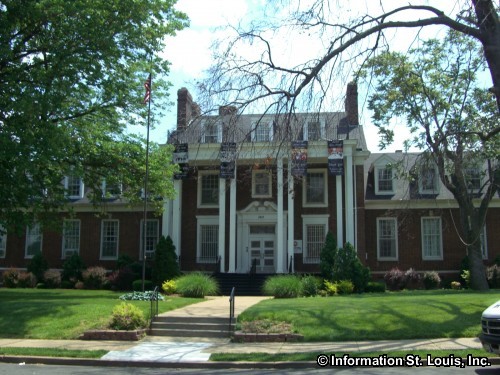 The historic Annie Malone Children and Family Service Center is located in The Ville. It was founded in 1888 by Sarah Cochran, who, with the help of other African American women in the community, created a home to care for orphans and neglected children. It was originally called the St. Louis Colored Orphans Home but was renamed to honor Annie Turnbo Pope Malone who gave a large financial gift in 1922 to build a new building at its present location. The center has expanded and the original Children's Home building is now the administration office building which has been placed on the National Register of Historic Places.