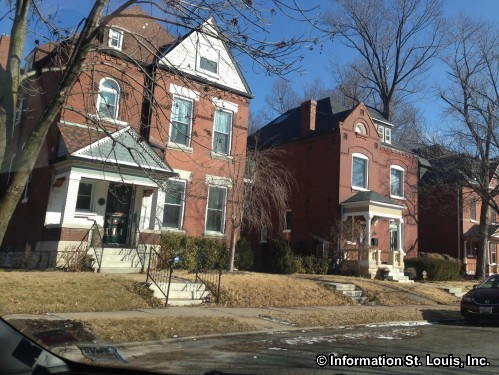 The Compton Heights Neighborhood is located in the middle of the city of St Louis. The boundaries are Interstate 44 on the north, Grand Blvd on the west, Shenandoah on the south and Nebraska on the east. Besides the boundary streets, other important streets to the neighborhood are Russell and Compton.

The residents are served by the St. Louis Public School District. The district has the Shenandoah Elementary School and Roosevelt High School that are located in the adjoining Tower Grove East Neighborhood. The private all girls Catholic high school, St. Elizabeth Academy, is located in Tower Grove East as well.

The Compton Hill Reservoir Park is located in the neighborhood. The Reservoir was completed in 1871 to hold 56 million gallons of water and is still an important part of the city's water system today. The Compton Hill Water Tower was built in 1898 and actually is a standpipe that was used to regulate water pressure in the city. The beautiful tower was built around the pipe for aesthetic purposes. Taken out of service in 1929, the Compton Hill Water Tower has been totally restored and can be toured. St. Louis has three of the seven towers still standing in the entire nation. All three are on the National Register of Historic Places, as well as being St. Louis Landmarks. The other two towers are the Bissell Water Tower and the Grand Water Tower, both located in the College Hill Neighborhood. Today the park features a playground, tennis courts and another landmark, a monument named "The Naked Truth." The monument honors three German newspaper editors of the St. Louis newspaper named the Westliche Post and was dedicated in 1914.

Do you have a photo for Compton Heights Neighborhood? Send it to us! Submit Your Photo