The Academy Neighborhood is located in the mid-western section of the City of St Louis in the area known as the Cabanne District. Major roads form its borders with Kingshighway to the east; Union Blvd to the west; and with Dr. Martin Luther King and Delmar Blvd to the north and south, respectively. The surrounding neighborhoods are Fountain Park to the east, the Central West End Neighborhood to the south, Visitation Park, West End and Hamilton Heights neighborhoods to the west and Kingsway West Neighborhood to the north. 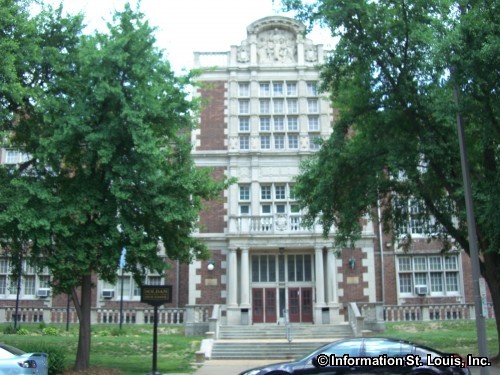 The St. Louis Public School District services the residents of the Academy Neighborhood. Soldan High School, named after the well known St Louis educator, F. Louis Soldan, is located in the neighborhood. The school was built in 1908 because of the need for a secondary school to be located in the neighborhood due to its dense population. It was designed by William B. Ittner, the famous St Louis architect of many of the St. Louis Public Schools. Today it is one of the district's Magnet High School that is focused on "International Studies".

The Cabanne Branch of the St. Louis Public Library system is located in the Academy Neighborhood and is on Union Boulevard. The Cabanne Branch was the second of the original six branches, along with the Central Library, built in 1906 with the generous gift given by Andrew Carnegie.

The Academy Neighborhood lies within the historic Cabanne Neighborhood. The area that the neighborhood occupies today was originally part of a large farm owned by Jean Pierre Cabanne who came to St. Louis in 1806. The land was a Spanish Land Grant given to Cabanne. Cabanne became wealthy as a fur trader and married Julie Gratiot who was a descendent of the Chouteau family. Their sons, Lucian and Francis, eventually inherited the farm and called it "Mount Cabanne."

Most residential buildings in the Academy Neighborhood were built between 1890 and 1910. The majority of the residential neighborhood, all of it except north of Page Blvd, falls within the Mount Cabainne/Raymond Place Historic District. The homes were built for the then growing middle class of the city. When the B'nai Amoona Temple was located on Academy, a large Jewish population called the neighborhood home in the 1920s and 1930s. Several historic buildings are located on Union, just north of Delmar, in the St. Louis City designated Visitation Park District. Included in those historic buildings are two St. Louis Public School District's schools, Soldan High School, built in 1908 and the William Clark School, built in 1906, both designed by William B. Ittner. Others are the Pilgrim Congregational Church, built in 1906; the Cabanne Branch Library, also built in 1906; the former Church of the Messiah, built in 1907, and several others.