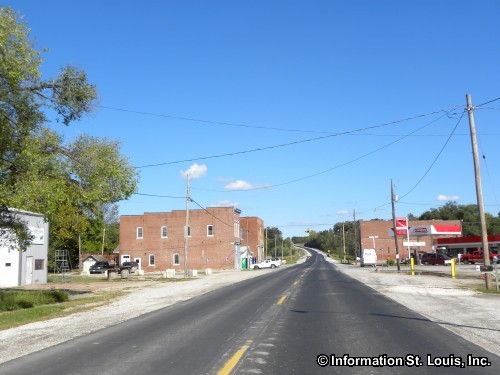 The Village of Silex Missouri is located in Lincoln County, about one hour and 25 minutes northwest of Downtown St Louis via Interstate 64 and then US Highway 61. Important roads for the community are State Highways E and UU, Main Street, Bluff Street, Silex Road and others. The Village was officially incorporated in 1886. Population for this small village was 187 residents in 2010.

The residents are served by the Silex R-I School District which educates students Kindergarten through 12th grade.

After the flash flooding of the Cuivre River caused by the remnants of Hurricane Ike in 2008, the town of Silex is in the process of a buy-out and many of its residents will move a short distance away to higher ground. Once completed, the move will create a new Village of Silex Missouri!

Do you have a photo for Silex Missouri? Send it to us! Submit Your Photo