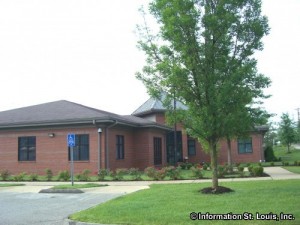 The City of Pagedale Missouri is located in Mid St. Louis County, about 20 minutes west of Downtown St Louis via Interstate 70. Important roads for the community are St. Charles Rock Road, Page Avenue, Lucas & Hunt Road, Pennsylvania Avenue, Ferguson and others. Pagedale was officially incorporated in 1950. In 2010, the population of the community was recorded as having 3,304 residents.

The residents of Pagedale are served by the Normandy School District. The district is a public school district with five elementary schools, an early childhood center, the Normandy Positive Alternative Learning Center, one middle school and Normandy High School.

Do you have a photo for Pagedale Missouri? Send it to us! Submit Your Photo