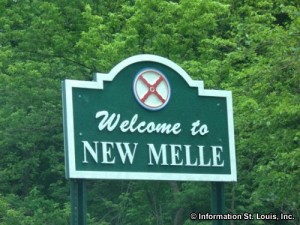 The City of New Melle is located in St Charles County, about one hour west of Downtown St Louis via Interstate 64, Highway 94 and then Highway D. Important roads for the community are Highways Z, D, and F, Foristell Road, Hopewell Road, Holt Road and others. The City was officially incorporated in 1978. New Melle had a population of 475 residents in 2010.

Do you have a photo for New Melle Missouri? Send it to us! Submit Your Photo