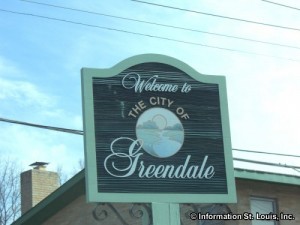 The City of Greendale Missouri is located in Mid St Louis County. In 2010, the population of the city was recorded as having 651 residents. Important streets for the small community of Greendale are Normandy Drive, St Charles Rock Road, Greendale and other neighborhood roads. Greendale has been given several awards for their trees and has also been honored by being given the "Tree City USA" designation by the Arbor Day Foundation.

Do you have a photo for Greendale Missouri? Send it to us! Submit Your Photo