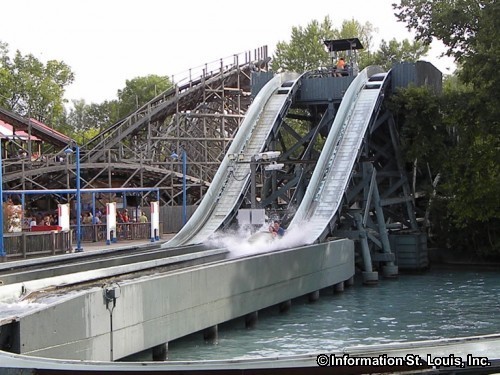 Six Flags St. Louis is located in western St. Louis County in Eureka, Missouri. Six Flags is a national chain of amusement parks that is known for its thrill rides and family entertainment. Six Flags St. Louis has seven roller coasters, several water rides, a Ferris wheel, bumper cars, and so much more. Entertainment options are many and variety abounds and all is included with the ticket price. Special live music concerts are held throughout the summer months at the Old Glory Amphitheater, located in the park. Tickets to the concerts held at Old Glory are an additional fee to the park admission price.

Do you have a photo for Six Flags St Louis? Send it to us! Submit Your Photo