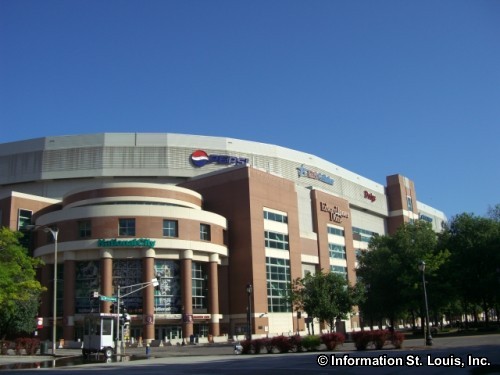 The Edward Jones Dome is located in the America's Center Convention Complex in downtown St. Louis. The $280 million facility officially opened on November 12, 1995, with an NFL football game between the then "new" St. Louis Rams and the Carolina Panthers. Since then, the building has been the venue for major conventions, elaborate trade shows and exhibitions and touring entertainment acts as varied as rock concerts, motocross races and monster truck rallies. And, in combination with the other five America's Center exhibit halls, the Dome hosted a Mass celebrated by Pope John Paul II in 1999, which was the largest indoor gathering ever held in the United States. The facility has also hosted numerous amateur and professional sporting events, including the 2005 NCAA Men's Final Four and NCAA World Championship between the North Carolina Tarheels and the Illinois Fighting Illini.

Do you have a photo for Edward Jones Dome? Send it to us! Submit Your Photo