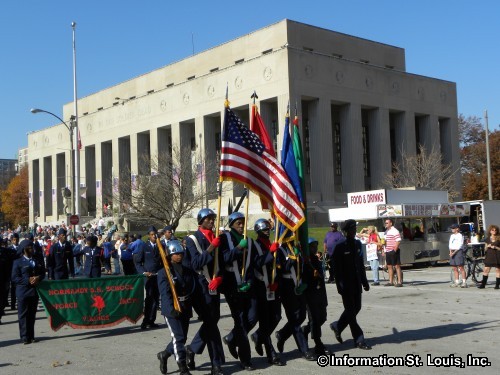 St. Louis puts on an awesome Veterans Day Parade which is held the Saturday BEFORE the holiday observance. The parade passes by the Soldiers Memorial Military Museum on Chestnut Street in Downtown St. Louis and features military equipment, veterans and active duty groups, military bands and a whole lot of patriotism! But before the parade starts, there is a Veterans Day program held at the Soldiers Memorial as well as other events taking place there. Many communities around the Metro area have their own Veterans Day observances and parades as well.