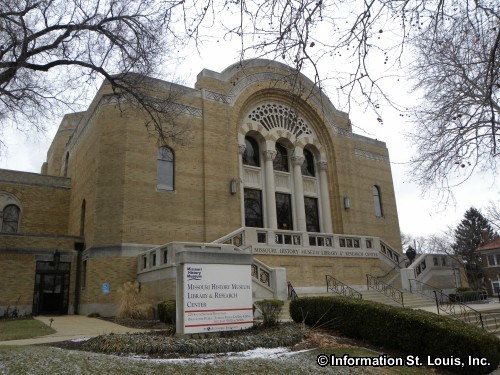 Forest Park, the largest of the St. Louis City parks and the "gem" of entire region, lies along the eastern border of the neighborhood. Forsyth Blvd is one of several entrances to Forest Park and to one of the many amenities of the park, the Forest Park Golf Course, also known as the Norman K. Probstein Golf Course, a public golf course with three 9-hole golf courses. The trail, that many visitors use for walking, jogging, in-line skating and biking, that runs around and through the entire park, is accessible along Skinker Blvd. Other well known amenities of Forest Park are the Missouri History Museum, the St. Louis Zoo, The Muny, the St. Louis Art Museum, picnic sites, tennis courts, ball fields and so much more!

The St. Louis Public School District serves this neighborhood and its residents. The district has no schools within the neighborhoods boundaries but has two elementary schools in the surrounding neighborhoods. Dewey International Studies Elementary School, a Magnet School that serves students in Preschool through 5th grade, is found in the Hi-Pointe Neighborhood and the Hamilton Elementary School is on Westminster Place in Skinker/DeBalivier. A private school is located within the DeBaliviere Place Neighborhood, the St. Roch School, which is a Catholic school with classes for students from Preschool to 8th grade.

The Charing Cross Branch Library, one of the 15 library branches of the St. Louis Public Library system, is conveniently located on North Skinker Blvd in the Wydown-Skinker Neighborhood.

Two designated National Register of Historic Places are located in the neighborhood on Skinker Blvd, the Wiltshire Apartment Building and the Versailles Apartment building. Both are were built in the mid 1920's during a frenzy of luxury apartment construction. The National Register of Historic Places also designated an area bounded by Skinker, Forsyth, University Lane and Farquier Blvd as the historic Wydown/Forsyth District. A small portion of the district lies within the city limits, while the majority of the area is in the county. The Missouri History Museum Research Library, built as the United Hebrew Congregational Temple between 1927-1927, is one of over 180 homes and buildings found in the district. Other buildings located in the neighborhood are the Gothic Revival stone Memorial Presbyteran Church on Skinker and the Eighth Church of Christ, Scientist, an Italian Gothic brick building, located at Wydown and Skinker on Alexander.