The Riverview Neighborhood is located along the Mississippi River in the most northern part of the City of St Louis. The borders of the neighborhood are Maline Creek on the south, the City Limits to the west of Riverview Drive, the northern border is the City Limits which is one-third mile north of Highway 270 and the eastern border is the Mississippi River. The only St. Louis City neighborhood that borders Riverview is the North Riverfront Neighborhood to the south. St. Louis County lies along the entire western side of the neighborhood as do the cities of Bellefontaine Neighbors and Riverview and the community of Spanish Lake. 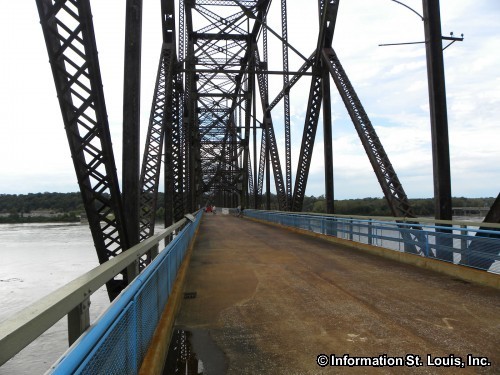 The Riverview Neighborhood is almost entirely covered by parks. A 250 acre park, North Riverfront Park, also known as Blase Park, runs along the Mississippi River from about where Scranton meets Riverview Drive all the way to The St. Louis City Water Works. The park features six miles of the St. Louis Riverfront biking and walking trail that runs along the Mississippi River, fishing in the 4-acre stocked lake, as well as access to the Mississippi River for boating and fishing. The other park is found on the west side of Riverview Drive and is the Chain of Rocks Park. The Chain of Rocks Amusement Park occupied that area from 1927 to 1978. In its heyday, the Chain of Rocks Amusement Park was a destination on Route 66 with its roller coaster, amusement rides, swimming pool, arcade, picnic grounds, roller rink, carousel and more, all situated on the bluffs overlooking the Mississippi River. It closed when Six Flags in Eureka opened in 1978. Today the amusement park is gone and the park is just vacant green space.

The Missouri side of Old Chain of Rocks Bridge bikeway is accessed from the Riverview Neighborhood. This bridge was built in 1929 as a toll bridge and was at one time the bypass for Route 66. It's bend in the middle made it a very dangerous bridge and eventually it was closed when the new non-toll Interstate 270 bridge, just to the north of it, was built in 1966. Today, Trailnet maintains it as a 1 mile bike and pedestrian trail that connects to the St. Louis Riverfront Trail in Missouri and to the MCT Confluence Trail in Illinois. 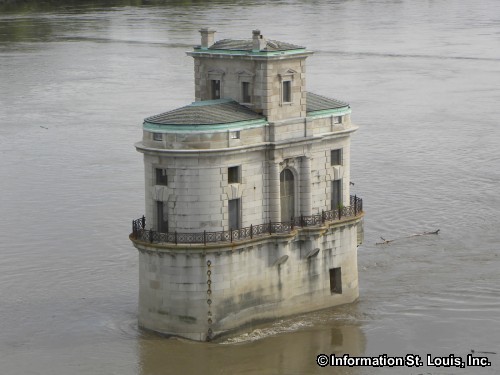 Another prominent feature in the neighborhood is the St. Louis City Water Works located just south of the Old Chain of Rocks Bridge. This water treatment plant, called the Chain of Rocks Plant, was opened and began filtering water taken from the Mississippi River via the first of the two historic water intake towers in 1894. That filtered water was then sent to the Bissells Point Plant which pumped it to the homes and businesses throughout the city. This system used standpipe water towers, that once dotted the city, to regulate the pressure. Lucky for St. Louis, three of these water towers remain, although no longer in use. Those historic landmarks are the Bissell Water Tower, the Compton Hill Water Tower and the Grand Water Tower. Many modifications have occurred to the Chain of Rocks Plant since then, but the plant and the water intake towers are still in operation, filtering and purifying Mississippi River water for the residents of the City of St. Louis.

The Water Intake Tower #2 on the Mississippi River Link 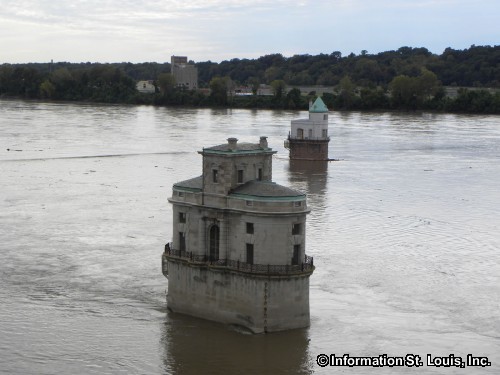 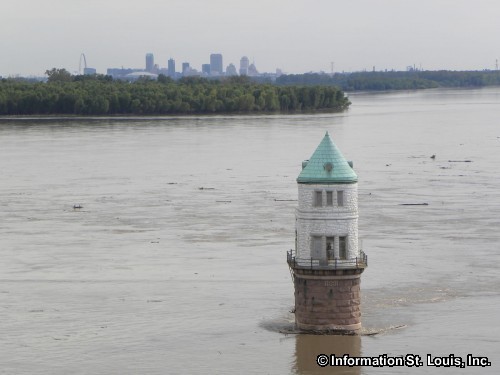 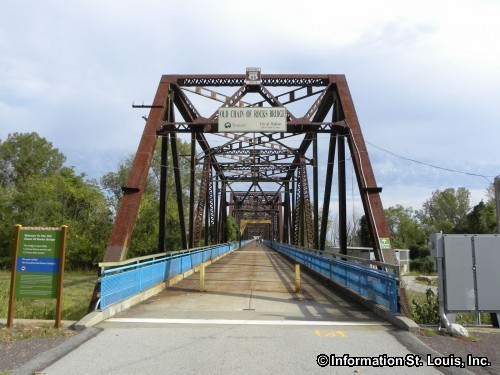 Missouri side of the Old Chain of Rocks Bridge Bikeway Link