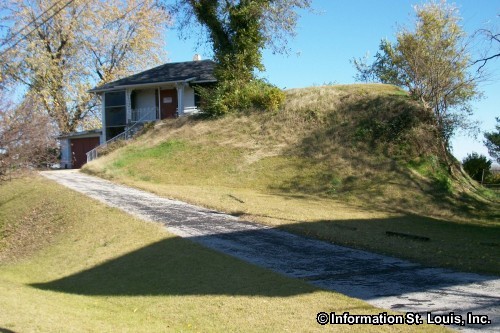 The neighborhood is served by the St. Louis Public School District. There are no district schools within the neighborhood's boundaries but there are several schools nearby. Schools located in Carondelet are the Lyon Academy at Blow School located on Loughborough Avenue, a Kindergarten through 8th grade magnet school, and the Woodward Elementary School on Bellerive Blvd. The Meramec Elementary School on Meramec Street and the Carnahan High School on South Broadway are both in the Dutchtown Neighborhood. And in the Marine Villa Neighborhood, the Monroe Academy Elementary School can be found on Missouri Avenue. Two private schools are in the area. The Catholic St. Cecilia School is located in the Carondelet Neighborhood. The Nativity Miguel Academy is located within the St. Cecilia School. St. Mary's High School is a private all boys Catholic high school located in the Dutchtown Neighborhood.

Recreation opportunities are found at two St. Louis City Parks that are in the neighborhood. One of them, Mount Pleasant Park, is located at Michigan and Dakota and provides over three acres of parkland, a playground and an outdoor roller hockey rink. The Minnesota and Hill Park is a half acre undeveloped open field found at the intersection of those two streets. Another City park, Minniewood Park, is easily accessible, located just across Meramec at Broadway, in the Dutchtown Neighborhood. It has 4.5 acres of parkland with a picnic pavilion, a playground, a fun summer time spray pool, reservable youth softball and soccer fields, and an adult baseball field.

The National Register of Historic Places has two sites in the Mount Pleasant Neighborhood. One of them is the Sugarloaf Mound, the only remaining Mississippian culture mound, or at least part of one, left on the west side of the Mississippi River of the many that had once been here. Cahokia Mounds in Cahokia Illinois is the most famous of the mounds in the area. In fact, the St. Louis area was once nicknamed "Mound City" because of the 40 or so mounds that were once here. Expansion of the city brought about the razing of all of them except for Sugarloaf. The other historic site is Mount Pleasant School on Nebraska Avenue. It has the distinction of having three important St. Louis Public School staff architects design portions of it. The school was built in 1895, designed by August H. Kirchner as an "expandable" grammer school. It was expanded by William B. Ittner in 1913 and then again in 1928 by Rockwell M. Milligan. Today it is no longer used as a school but has been adapted to apartments. 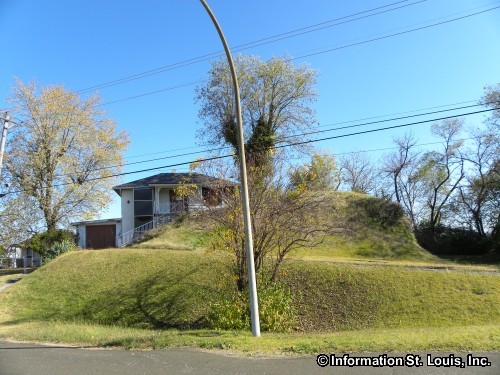