The Lewis Place Neighborhood is located in central St Louis City. The boundaries of the neighborhood are Dr Martin Luther King Blvd to the north, North Newstead to the east, Delmar Blvd to the south, and Walton to the west.

Surrounding neighborhoods are Fountain Park to the west, the Central West End Neighborhood to the south, The Greater Ville, The Ville and Kingsway East neighborhoods to the north and Vandeventer to the east.

The residents living in the area are served by the St. Louis Public School District. Although the district does not have a school located within the neighborhood's boundaries at this time, there are several distict schools located nearby. Sumner High School is in The Ville on Cottage Avenue. In the Greater Ville Neighborhood is the Cote Brilliante Elementary, the Hickey Elementary and the Farragut Elementary schools. Pamoja Preparatory Academy at Cole Elementary School is located in the Vandeventer Neighborhood on Enright Avenue. Metro Academic and Classical High School is located in the Central West End Neighborhood. It is a Magnet School with the specialty of "General Academics". The Stix Early Childhood Center Elementary School is also located in the Central West End. It is a Magnet School for Preschool children through 2nd grade. The Cathedral Basilica School of St. Louis, a private elementary and middle school, is located on Maryland Avenue in Central West End. Higher education can also be found in the Lewis Place Neighborhood. Ranken Technical College is a 2 year technical and vocational college that is found on Finney Avenue.

The Cabanne Branch of the St. Louis Public Library system is located close by in the Academy Neighborhood on Union Boulevard. The Cabanne Branch was the second of the original six branches, along with the Central Library, built in 1906 with the generous gift given by Andrew Carnegie.

One of the 111 St. Louis City parks, Beckett Playground, is found at the corner of Taylor and Cook. It features a picnic pavilion, a playground, two basketball courts and a softball field on over three acres of parkland. 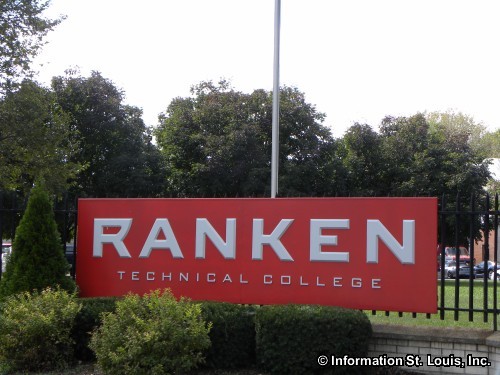