The Kings Oak Neighborhood is located just south of Forest Park. The neighborhood gets its name from two of its boundary streets, Kingshighway and Oakland. The boundaries are Oakland Avenue to the north, Kingshighway to the east, Manchester Road to the south and Macklind to the west. Surrounding neighborhoods include the Forest Park Southeast Neighborhood to the east, Cheltenham to the west and Ellendale to the south. Forest Park, the "jewel" of the St. Louis City Parks system, lies to the north of Kings Oak. 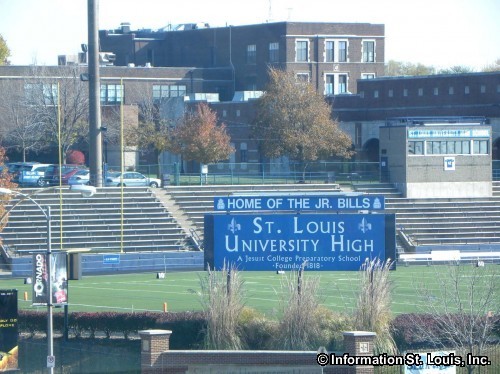 The St. Louis Science Center is a prominent resident of the Kings Oak Neighborhood and can be seen from Interstate 64. The Science Center's main building on Oakland Avenue was opened in 1991. The James S. McDonnell Planetarium, the Science Center's previous home, is located in Forest Park and accessible by an enclosed walkway over the Interstate.

Do you have a photo for Kings Oak Neighborhood? Send it to us! Submit Your Photo