The JeffVanderLou Neighborhood is located in north St. Louis city and receives its name from some of the streets that serve as its borders. Those borders are Natural Bridge Avenue on the north, Jefferson Avenue on the east, Delmar Blvd and Dr. Martin Luther King via Compton on the South, and Vandeventer on the west. Surrounding neighborhoods are The Greater Ville to the west, the Covenant Blu-Grand Center and Midtown neighborhoods to the south, the Carr Square and St. Louis Place neighborhoods to the east and the Fairground Neighborhood to the north. 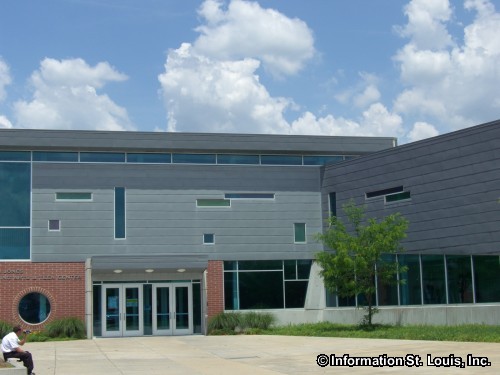 The Herbert Hoover Boys and Girls Club is located on Grand Avenue in JeffVanderLou. It was in 1967 that the club was founded as the Herbert Hoover Boys Club and from the onset its mission has been to help "young people from disadvantaged economic, social and family circumstances." The Herbert Hoover Boys and Girls Club is located on the property where Sportsman's Park was located. Sportsman's Park was the St Louis Baseball Cardinals' home field from 1920 to 1966. It was renamed "Busch Stadium" in 1953 and was the first of the three stadiums with that name. When the Cardinals moved in 1966 to the second Busch Stadium, located on Broadway in Downtown St Louis, the property was donated by August A. Busch Jr for use as a boys club.

The residents of the JeffVanderLou Neighborhood are served by the St. Louis Public School District. There are several district schools located in the neighborhood, two high schools and two elementary schools. One of the high schools is Beaumont High, a beautiful example of a school designed by the district's architect at the time, Rockwell M. Milligan, and opened in 1926. The second high school, Vashon High School, is located in a new building and was opened in 2002. Vashon was established in 1927 as the second high school for African American students in the then segregated district. It was originally located in the Midtown Neighborhood in another Rockwell M. Milligan designed school. Harris Stowe State University now occupies that building. Vashon's present location is its third in its long history. The two elementary schools that are also located in the JeffVanderLou Neighborhood are the Dunbar Elementary and the Columbia Elementary schools. Dunbar Elementary School was built in 1912 as the William Glasgow Jr. School and was designed by William B. Ittner, the famous St. Louis architect. Dunbar Elementary School has grades Preschool through 6th grade. The other elementary school, Columbia Elementary, was built in 1929 and also serves Preschool through 6th grade students.

The JeffVanderLou Neighborhood has its share of St. Louis City Parks, five of them to be exact. Those parks are Yeatman Square Park, Rumbold Park, Norman Seay Park, Jet Banks Park and Jordan Chambers Park. Combined they provide many amenities for recreation. The residents can enjoy over 15 acres of parkland, softball and baseball fields, playgrounds, basketball courts, tennis courts, horseshoe pits and more. Also, located along the neighborhood's northern edge is Fairground Park with its municipal swimming pool, athletic fields and 9-acre stocked fishing lake. 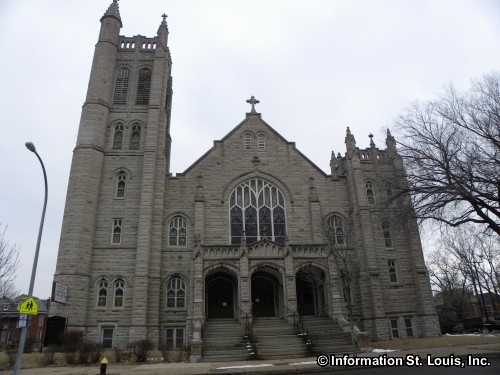 Several churches call JeffVanderLou home. One of them is the Eastern Star Missionary Baptist Church which is in a magnificant French Gothic white stone building that was built in 1913 for the Grace Lutheran congregation. The church building has been the home for the Eastern Star congregation since 1969. Another church is Saints Teresa and Bridget Catholic Church. The church is located at the corner of Grand and North Market and was built in 1900 as St. Teresa Roman Catholic Church. In 2003, the parish of St. Bridget of Erin merged with the St. Teresa parish to form the new parish of Sts. Teresa and Bridget. St. Bridget's church building is now used as the chapel for the Central Catholic St. Nicholas School. Another congregation in the JeffVanderLou Neighborhood is the Leonard Missionary Baptist Church. This church was founded in 1861 and has been in their present building on North Compton and School since 1999. 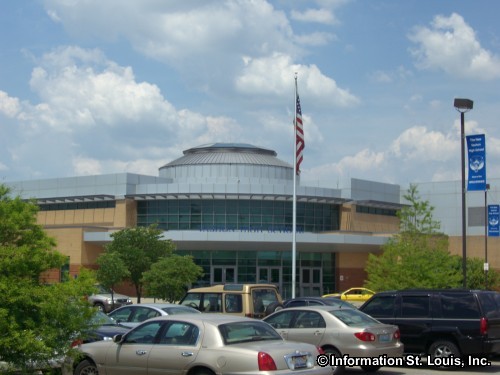 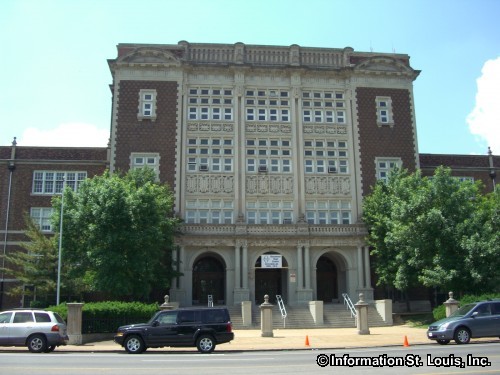 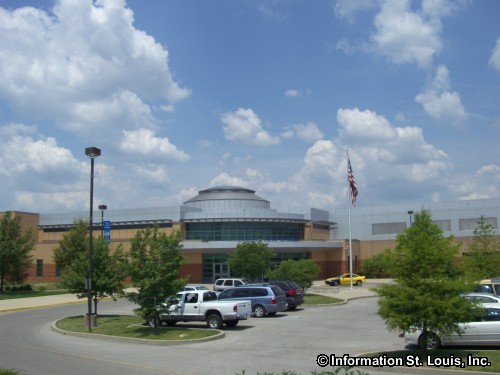 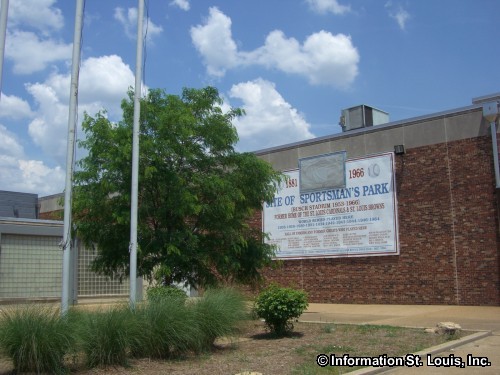