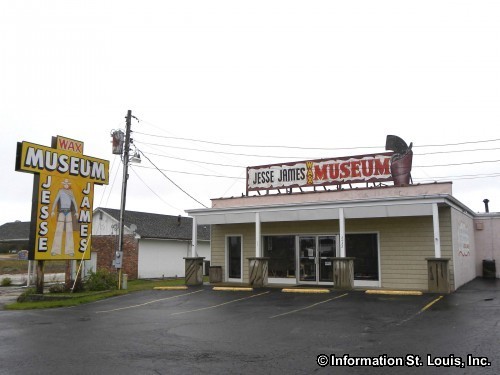 The Jesses James Wax Museum is located in Stanton Missouri right off Interstate 44. The museum has an large collection of fire arms and belongings of Jesse James and his gang. The museum also tracks the extensive investigation(s) of the claim that Jesse James faked his own death in 1882 and actually died in 1951 under the alias "Frank Dalton". They ask you to be the judge after examining their evidence!

Do you have a photo for Jesse James Wax Museum? Send it to us! Submit Your Photo