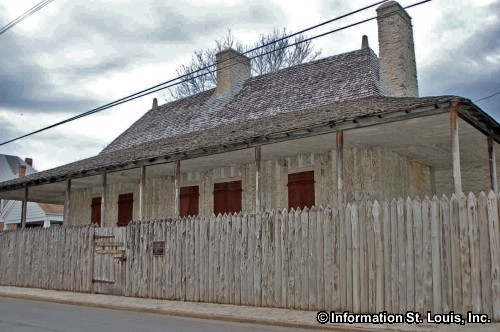 The Louis Bolduc House is located in Sainte Genevieve Missouri. It was built in early 1790's by Louis Bolduc and his wife, Marie Courtois. This was the second home they built after the entire town of Ste Genevieve relocated further inland because of the flooding of the Mississippi River in 1785 which destroyed their first home. Using timbers from the Bolduc's original home, it is built in the French Creole style of architecture known as "poteaux-sur-sole" (post-on-sill), using vertical logs laid on a sill of wood or stone with a mixture of mud and grass between the logs. It has a double pitched hip roof using a Norman Truss system.

The home is open daily (except for Easter). An admission fee is charged.

Do you have a photo for Louis Bolduc House? Send it to us! Submit Your Photo