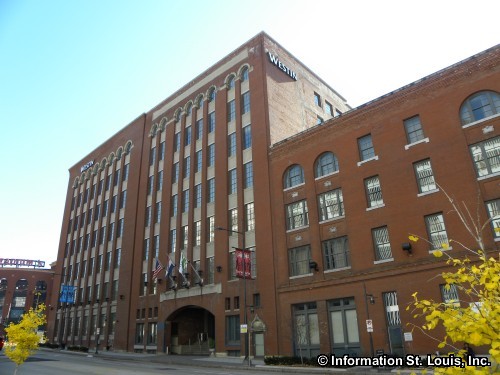 After the completion of the Eads Bridge, Samuel Cupples, president of the Samuel Cupples Woodenware Company and his business partner, Robert S. Brookings, saw an opportunity to create a complex of warehouses close to the rail lines that came into St Louis. The warehouse complex would offer its tenants a greater efficiency in shipping their goods because each building would have direct access to the railroads which eliminated the additional step of transporting their goods from the warehouse to the railroads. The idea was revolutionary and St Louis was the first city in the nation to develop such a system of freight distribution. The design influenced other large cities, such as New York, Pittsburgh and Chicago, to adopt the same design. The complex was called Cupples Station and construction on the first warehouse began in 1894. There were a total of 18 warehouses that were built between 1894 and 1917. The St Louis architectural firm of Eames & Young designed all but one of the buildings. Ten of the 18 buildings are still standing and many have been renovated and repurposed. One of the buildings on Spruce houses the Westin Hotel. The buildings are a City Landmark and are on the National Register of Historic Places.

Do you have a photo for Cupples Station? Send it to us! Submit Your Photo