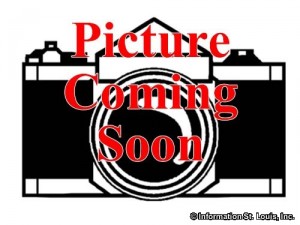 The City of Kinloch Missouri is located in North St Louis County, about 20 minutes northwest of Downtown St Louis via Interstate 70. Important roads for Kinloch are Highway 170, North Hanley Road, Mable, Suburban Avenue, Martin Luther King, Scudder and many others. The City of Kinloch was incorporated in 1948.

The population of Kinloch has been drastically affected by the Lambert St Louis International Airport expansion and the property buyout by the airport. In 1990 the population was 2,699. By 2010 the population had declined to 298 residents. Kinloch residents are served by the Ferguson Florissant School District. The district has three high schools, seventeen elementary schools and three middle schools.

St Louis County manages the Kinloch Park located in the city of Kinloch. The park features 9 acres of parkland with a picnic pavilion with picnic tables, a playground, basketball court and baseball field.